Solar Street Lighting System is a lighting system for the illumination of streets & squares and cross roads located in areas that are not connected to the power grid.

The standalone solar street lighting system comprises of a Solar Panel, Lead acid battery for Energy Storage, Compact Fluorescent Lamp (CFL) / LED as light source,suitable electronics and hard-ware like pole, battery box for fixing of these sub system. The system is controlled by a controller with automatic ON/OFF time switch, which control the light from dusk till morning or other setting time.

Solar Street Lights are finding an increasing use in today’s world. It is an application of Solar energy which has gained popularity, owing to the rising electricity costs. Solar Street lights can be seen along the sides of roads. Solar Street Light receives the sunlight during daytime through which they light up during the night time. These look like lamp posts. The structure comprises of Photovoltaic cells/ panels, Rechargeable Battery, LED lamp and Light Pole. 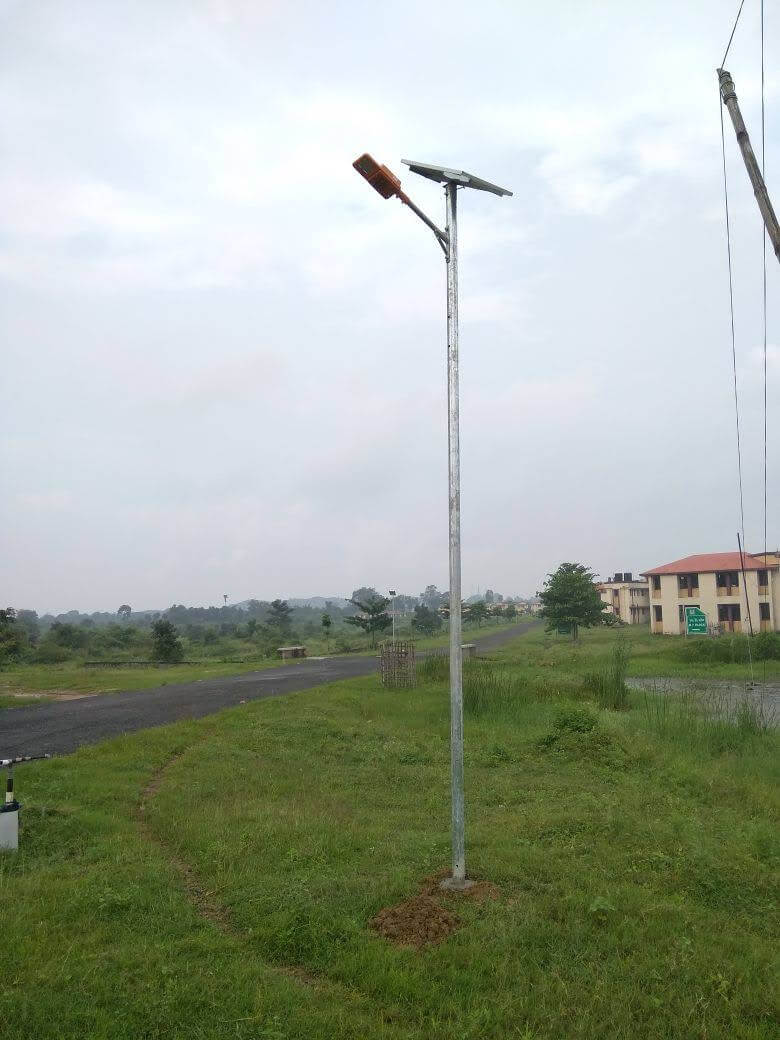 1. Low Cost –Since solar lights use light from the sun for its operation, it is independent of the power grid. The cost is much lower as compared to electricity costs.

2. Clean and Green –The solar lights are an environment friendly way of lighting up the streets. They use clean energy from the sun for their working, hence there is no pollution and more energy saving.

3. Safe –Unlike the conventional street lights, there are no wires associated with the solar street lights and so there is less risk of accidents.

4. Low Maintenance –The maintenance associated with solar lights are very less as compared to the other street lights.

Each street light can have its own photo voltaic panel, independent of other street lights. Alternately, a number of panels can be installed as a central power source on a separate location and supply power to a number of street lights.All In One type Solar street lights are also gaining popularity. In this type the Solar panel, Lithium-ion battery and LED light are fitted together in a compact way. This enhances battery protection against theft and also the entire unit is weather proof.

Content Owned, Updated and Maintained by JREDA. All Rights Reserved.